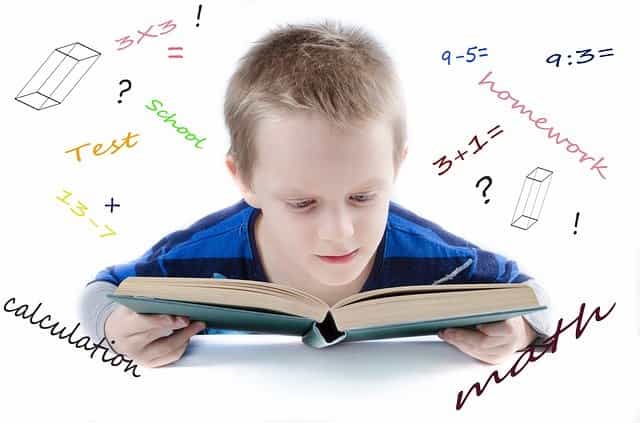 Your child is learning about math long before he starts school. Every time you count his toes, teach him shapes, or ask him to show you which of his block towers is the highest, you are introducing your child to math.

What is math awareness?

Mathematics education helps children understand numbers so they can use them to count, measure, estimate and compare. It is also an opportunity for children to discover geometric shapes (e.g., circle, square, triangle) and to develop their spatial reasoning.

Here are the main skills related to mathematics awareness:

Knowing how to count by reciting the numbers in order from 1 to 10 and, later, being able to count objects to determine how many there are.

Recognize numbers (symbols) from 1 to 10

Understand the meaning of numbers. For example, knowing that 3 comes after 2; understanding that 3 is 1 more than 2 and 1 less than 4.

You have a role to play in developing your child’s curiosity about math.

Measure quantities. Say, for example, whether there is a lot or a little milk in a glass.

Make comparisons. Compare toys and identify, for example, which tower of blocks is the tallest and which is the smallest. This concept also includes grouping objects (e.g., putting together cars of the same size or color).

Orient themselves in space by recognizing directions and positions, such as sitting, standing and lying down, as well as concepts such as near and far, in front and behind, up and down, up and down, under and over, before and after.

Why engage toddlers in math?

A mother and daughter make a tower out of wooden blocks.

Although children naturally develop some math skills in infancy, it is important for parents to encourage this learning by providing materials (e.g., blocks, clothespins or tokens for sorting, measuring or comparing). Mathematics helps them develop their reasoning skills and understand the world around them.

Moreover, children who are exposed to mathematics in early childhood are more likely to do well in school in this subject, but also in reading, writing and science. This can be explained by the fact that mathematical awareness promotes overall cognitive development and the development of thinking. In the long run, math awareness also has a positive effect on academic success.

You don’t have to like math to introduce your child to math
All parents can teach their children math, even those who have struggled in school. Just keep it simple and use everyday opportunities to talk about numbers, shapes and quantities with your child. Simply asking your child to pick up his or her shoes will practice skills such as sorting and comparing objects to find the right pair.

Mathematical skills acquired between 0 and 12 months

Baby can tell the difference between a picture with 2 dots and one with 3 dots
Is surprised when a puppet makes more jumps than usual
He observes the size, shape and color of objects.

Baby can tell the difference between a pot full of water and a pot half full.
He is surprised to see 3 toys when there should only be 2.

Baby takes the objects available to him to make a set.
Can stack blocks to make structures (e.g., towers) or nest containers inside each other
By 9 months, he can tell the difference between 2 large sets of toys, even if the sets contain almost the same number of toys. For example, he or she may notice that a set of 8 toys is different from a set of 10 toys.

Mathematical Skills Developed Between Ages 1 and 3

Mathematical skills are one of many skills that children develop over time, such as language, motor skills, and social skills.

Toddlers begin to name numbers.
He can learn to recite numbers from 1 to 10.
Tries to count using numbers, even if they are not in the correct order
Understands some spatial concepts such as “near,” “beside,” “up” and “down.
Around age 2, toddlers know that when 1 object is subtracted from 2 objects, 1 remains.
He also knows that when 1 object is added to 2 objects, there should be 3 in all.
He is able to group objects that have similar characteristics, such as the same shape, size or color.
Begins to use the words “more than”, “less than” and “equal”.

Mathematical Skills Acquired Between Ages 3 and 5

Please note that these age-related milestones are for illustrative purposes only. Each child is unique and develops at his/her own pace. If you have any concerns about your child’s development, talk to your child’s doctor.

Activities to get your child excited about math

A mother counts her baby’s toes.

Introducing a child to math doesn’t mean playing school with your child. Instead, use everyday activities such as using numbers, comparing the size of different objects and measuring quantities. In fact, it is possible to “talk math” with your child in a very simple way from a very young age.

Here’s how you can include math in your daily activities:

Count your baby’s fingers or toes out loud when changing diapers or giving baths.

Use specific language when talking to your child. For example, instead of just saying, “Look at the balloons,” you can say, “Look, there are two balloons: a big balloon and a small balloon.

Sing nursery rhymes that use numbers to your child (e.g., Violet, I have two eyes, We’ll go to the woods, A mile to walk). They help your child learn to recognize numbers and to count.

At first, your child may not understand the number words. However, if you use these words often, he or she can gradually make connections between the words and the amount of things they represent.

Give your child specific directions to help locate objects in space. For example, instead of pointing to an object with your finger, ask, “Can you go get the doggie that’s next to the little chair?”

Count the stairs as you walk up or down them with your child.

Use snack time to ask your toddler math questions. For example, when you give her a bowl of strawberries, say, “Do you think you have a lot of strawberries or a few strawberries?”, “Can you count them with me?”, “If you eat one, how many will be left in the bowl?”

Let your child help set the table and ask how many placemats and plates he or she needs to set so that each family member has a placemat and a plate.

Cook with your toddler to introduce them to quantities. If you need ½ cup of flour, ask her where the half cup is. Ask him to put 2 teaspoons of sugar in the recipe to practice measuring.

Invite your child to sort the clothes that come out of the dryer. For example, ask your child to find the socks that go together to form pairs, to place all his clothes together or to order the sweaters from smallest to largest.

Play guessing games with your toddler. For example, say, “I see 2 red cars on the street, do you see them? Where are they?” or “How many steps do you think it takes to get to Mommy’s car?” or “I see a round object in the kitchen, it is orange, can you find it?”

Engage your child when you read a book to him. For example, ask your child to count the birds on the page with you, find the biggest flower, or point out a triangle in the picture.

Point out the numbers around your child: on the phone, on the microwave, on the clock, on the TV remote, on traffic signs, etc. Explain briefly what they are for to help them understand the different uses of numbers.

Playing is also how your child learns, so here are some fun ideas for games that will introduce your toddler to math.
Games for babies 0-12 months
A tummy-lying baby plays with colorful plastic shapes.

Let your baby explore his or her environment by providing toys of different textures, shapes and colors. For example, place 2 plush toys in front of him and let him discover the differences in color, texture, size, weight, etc.

Hide a toy under a blanket and let it stick out a little. Then ask your baby to look for it with you. This game of hide-and-seek helps babies explore and develop their sense of space.

Let your baby play with plastic containers. With them, your baby discovers different shapes and sizes. He also learns that the big lid doesn’t go with the little pot.

Games for children 1 to 3 years old

Learning about math should be done in a playful context so that your child develops a positive attitude toward math.

Ask your child to make comparisons. For example, place 3 small figures together and 3 trucks together. Then, ask your child which group has the most objects. At first, they will probably say that there are more trucks because they are bigger. Then count the number of figures and trucks with him to show him that there are as many toys in each group.

Do puzzles with your toddler. This activity develops his perception of shapes, colors and space, while exercising his problem-solving skills.

A mother and her young son play a board game.

Play memory games to exercise his perception of shapes, colors and space. You can use a card game instead of an actual memory game to teach your toddler to recognize number symbols as well. Start with 6 cards (3 pairs), for example, a pair of red 2s, a pair of black 3s and a pair of black 4s.

Have fun creating shapes (triangle, square, rectangle) with Popsicle sticks. Invite your child to draw numbers on different materials, for example in play dough, on a glass with a special pencil, in sand with a stick, etc. (Around age 4) Play board games together that require a die. Your child must count the dots on the die.

As your child becomes more accustomed to playing with a dice, he/she will practice the ability to quickly recognize the number of dots on the dice without having to count them. (Around age 4 or 5)

When you are playing games or doing activities related to math, listen to your child to make sure he is having fun. If he doesn’t want to play or doesn’t feel like playing, don’t insist.
Wait a few days, or even a few weeks, before trying again to play games with your child that will help him or her learn about math. Since every child develops at his own pace, it is important to follow your toddler’s pace.

Screen-based games (computer, tablet, smartphone) are not necessary to encourage math awareness. In fact, your toddler needs to play actively, explore the real world and interact with his parents and other people in order to learn.

If you still decide to use screen-based games to entertain your toddler on occasion, test them before you let your child use them. This will ensure that the games you choose are of high quality and age-appropriate. Also, be sure to accompany your toddler when he or she is playing one of these games to talk with them and help them learn.

Even if these games are educational, it is advisable to follow the recommendations of the Canadian Paediatric Society regarding toddlers’ exposure to screens. For example, children under 2 years of age should not be exposed to screens, and from 2 to 5 years of age, children should not spend more than 1 hour a day in front of screens. 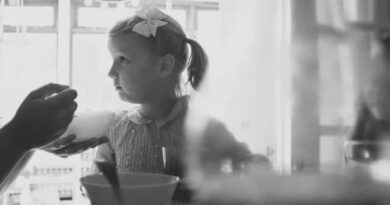 My child doesn’t eat well: 10 tips to help him 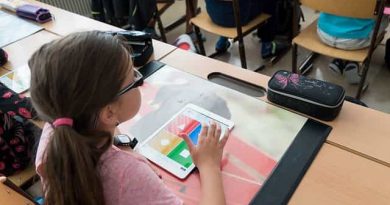 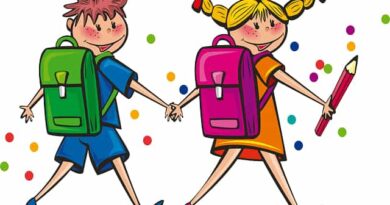 A stress-free start to the school year