In France, a doctor, a militant defender of women’s and children’s rights, speaks out against ear piercing in babies.

According to Dr. Gilles Lamizi, “ear piercing sexualizes the child because it distinguishes girls and boys. But especially, where is the consent? Because piercing a person’s ears without asking permission is appropriating the child’s body. What would the adult do if his or her ears were pierced without being asked? “added the doctor.

Let’s start with the reasons for ear piercing so early in life. In some cultures, and I would include ours in this, it is a very common practice. Whether it’s related to aesthetic standards, particular traditions or simply a perceived need to present the baby’s gender to the world, there are places where “everyone does it” and there’s not much questioning, period.

Over the years though, I’ve come to realize that this is far from a universal phenomenon. Through online friendships with moms around the world, I realized that in some places, piercing a baby’s ears was considered completely inappropriate!

For example, in the UK, it would never occur to the many moms I met to pierce their daughters’ ears until at least school age, but often until pre-adolescence. There, it seemed to me to be very much a matter of “there’s no rush, might as well wait until she chooses it and is aware”.

In the liberal, affluent West Coast mom circles of the United States, the mentality for waiting was again different: piercing a baby’s ears was considered rather frowned upon, as the hallmark of the less fortunate and less educated classes. Waiting was therefore more about standing out on the social ladder.

The question of consent

What about consent? Such a young baby cannot give his consent to such an act.

Does it matter? Of course it is not a major act or one that has serious long-term consequences. But the question still arises, as a matter of principle. You wouldn’t put a tattoo on a baby, not even a tiny one, and you wouldn’t alter its body in any other way for purely cosmetic reasons.

In recent years, there has been more talk about the lack of consent of those who cannot give it, not only children but also people with intellectual disabilities and even animals. Everything from non-medical circumcision to declawing our pets is being questioned or at least discussed. So why shouldn’t the debate apply to this issue?

What about the appropriation of the body?

Dr. Lamizi strongly disagrees with the argument that it is a tradition, and that piercing a baby’s ears “hurts less” and “heals better” than later in life. For him, this is an argument that does not hold water.

“It’s… to convince ourselves that what we’re doing is okay. While piercing symbolizes the image that the parent has of the child. Whereas it’s still violence, because it’s going to hurt him. These are traditions from another age and no tradition can justify violence. The traditions of the past were not necessarily the right ones,” he says.

Whether we agree or not, the fact remains that he or she has a point and that it is the parent who makes this gesture for him or herself by transposing adult notions (of aesthetics or gender) onto the child! One does not pierce the ears of a very small girl for her benefit

Sexualization is perhaps too strong a word? Except that.

Personally, I don’t see sexualization in this gesture, but certainly a deliberate will to “gender” the child very quickly.

When I had a daughter, I was frankly surprised to see how many people asked me when I was going to get her ears pierced, from the first months of her life. My answer to that question was very simple and intuitive: “when she’s going to ask for it!”

Every time I was asked the question, I would also return it to the person: “why should we do it so early? “I would always be looked at as if I were an alien: “but so we know she’s a girl, come on! “

And to that, I immediately wanted to retort, “and… why would it be important for strangers to be able to correctly identify that my 5 month old baby is a girl?”
I’m a very feminine person and I have pierced ears, so I’m far from dismissive of gender stereotypes… But I can’t help but find that we’re really going far with the gender of children – babies – right now.

I find that the climate and general discourse of my own childhood was much less gendered, in many ways. The mentality has really changed in the last few years; it’s like we’ve become very uncomfortable with the possibility of being even just a little bit outside the box, and that’s from the earliest moments of life. It’s obviously much more than ear piercing, but that’s part of it.

And you, what is your point of view on this?

Finally, it happened when she was 3 or 4 years old. We prepared her for the fact that it was going to hurt a little bit for a few seconds, but she wanted to do it anyway. It was probably still a little too early, since she quickly lost an earring and since it was not taken care of for a few months, her hole closed up. So we had to go through the piercing again, with the stress and crying that comes with it. 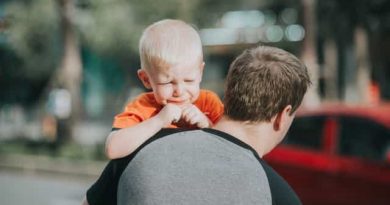 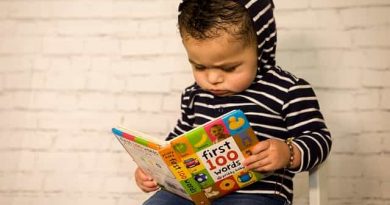 Learning to read: how to motivate your child 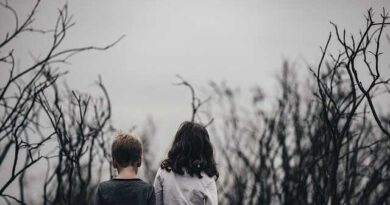 Brother and sister relationships: how do you know if everything is okay?